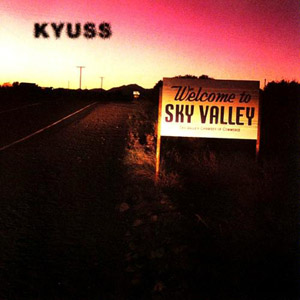 Kyuss are considered by many to be "the fathers of stoner rock." Started in 1987 as Katzenjammer, which later became Sons of Kyuss, a name taken from the game Dungeons & Dragons, under which they released an eponymous demo. After their bass player at the time, Chris Cockrell, left, Sons of Kyuss changed their name simply to Kyuss in the beginning of 1991. After Kyuss split-up in 1996, John Garcia and Scott Reeder went on to form Unida and Josh Homme and Alfredo Hernandez formed Queens of the Stone Age, where they were later joined by Nick Oliveri. (source metal-archives)